Description The authoritative #1 textbook for introductory majors microbiology, Brock Biology of Microorganisms continues to set the standard for impeccable scholarship, accuracy, and outstanding illustrations and photos. This book for biology, microbiology, and other science majors balances cutting edge research with the concepts essential for understanding the field of microbiology. In addition to a new co-author, David Stahl, who brings coverage of cutting edge microbial ecology research and symbiosis to a brand new chapter (Chapter 25), a completely revised overview chapter on Immunology (Chapter 28), a new ”Big Ideas' section at the end of each chapter, and a wealth of new photos and art make the Thirteenth Edition better than ever. Brock Biology of Microorganisms speaks to today’s students while maintaining the depth and precision science majors need. • An evolutionary theme integrated throughout enables instructors to convey the modern view of evolution and gives students material that has been unified within a consistent and thematic context, making concepts easier to grasp. • Units 1 and 2 are organized around foundational topics, providing an overview for the course and giving instructors flexibility to teach the later units in any order they wish. • Unique coverage on Archael and Eukaryotic Molecular Biology (Chapter 7) gives instructors material they won’t find anywhere else. 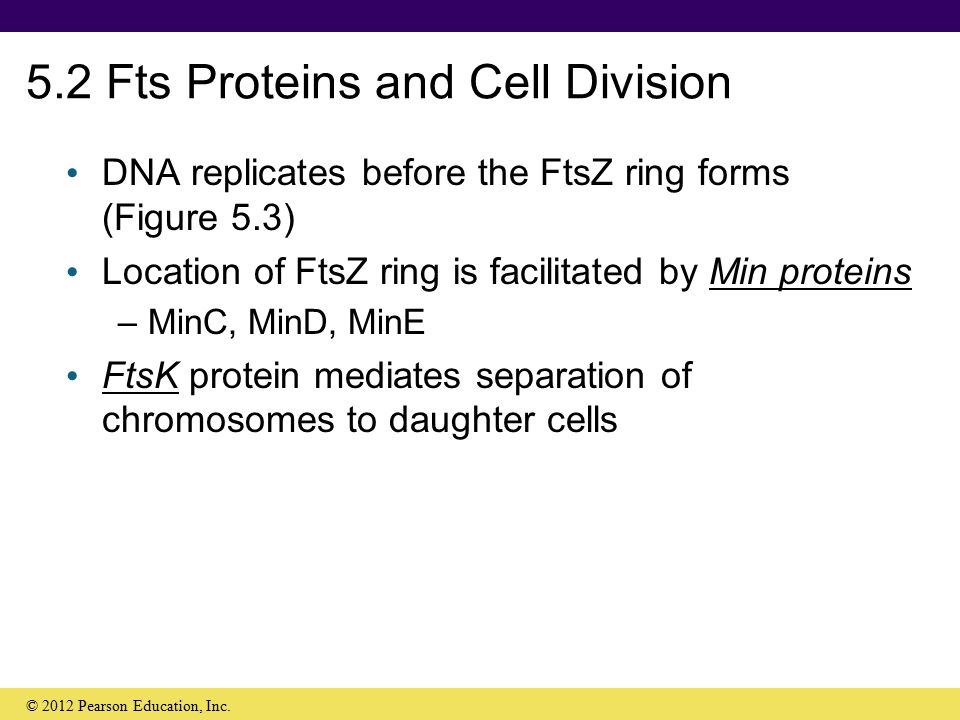 • Unparalleled illustration and photo program gives students a clear and fascinating view into the microbial world. Illustrations and photos are often paired in a single figure to give students an idealized view next to a realistic view and to reinforce the connection between theory and practice. • Microbial Sidebars, richly illustrated vignettes, present interesting topical material related to a chapter’s central theme. Several new sidebars that cover relevant and cutting-edge techniques including CRISPR Anti-Viral Defense System, Combinatorial Fluorescence Labeling, Bacterial Genomes, and Microbial Symbionts of Fungus-Cultivating Ants. • New co-author Dave Stahl brings his unique expertise to the book by expanding and updating the Microbial Ecology coverage and writing a brand new chapter on Symbiosis (Chapter 25).

Chapters 22-24 are heavily revised to incorporate recent changes in this field. • New Symbiosis chapter (Chapter 25) ties the core topics of the book–health, diversity, and the human ecosystem–into one central place. • New Big Ideas sections at the end of each chapter review the core principles in the chapter by summarizing each section in 2-3 sentences. • New MiniQuizzes are critical thinking questions that appear after every section within the chapters and signal students to stop, review, and check their understanding before proceeding to the next section. • A thoroughly updated art program ensures that a consistent style is applied throughout the text and makes the art more accessible to students.

Art revisions include new styles for cells and cell membranes so that they look more dimensional and realistic; new dimensional style for DNA so that gene regions are more clearly identified and easier to read; metabolism figures and other pathway processes have been simplified and now include colored type to enhance ease of reading; and the figurative art is new to look more dimensional and consistent. • The Immunology coverage in chapter 28 has been revised to present an overview of the fundamental concepts. This chapter allows instructors to cover immunology at a generalized level.

Instructors that like to go into more detail can build on the core principles taught in Chapter 28 by covering Immune Mechanisms (Chapter 29) and Molecular Immunology (Chapter 30). • Expanded coverage of Genomics appears in the Virology and Genetics section.

• Quantitative questions have been added to the website to allow students to test their knowledge at a higher level. These questions are completely new and are available at the MyMicrobiologyPlace ™ website. • Expanded coverage of hot topics—such as emerging infectious diseases, biofilms, and genomics—provides exciting material to draw students in to the content. • Previous Chemistry of Cellular Components chapter is available as a PDF on the MyMicrobiologyPlace website under Study Tools. Table of Contents I. PRINCIPLES OF MICROBIOLOGY 1. Microorganisms and Microbiology 2. A Brief Journey to the Microbial World 3.

Cell Structure and Function in Bacteria and Archaea II. METABOLISM AND GROWTH 4. Nutrition, Culture, and Metabolism of Microorganisms 5.

In Biology and Education from Wisconsin State University Stevens Point (1971) and his M.S. (1974) and Ph.D. (1976) in Bacteriology from the University of Wisconsin, Madison. His graduate research was on the hot spring bacterium Chloroflexus in the laboratory of Thomas Brock. Following a three-year postdoctoral in the Department of Microbiology, Indiana University, Mike moved to Southern Illinois University Carbondale, where he has been a professor of microbiology for 32 years.

He has coauthored Biology of Microorganisms since the fourth edition (1984) and teaches courses in introductory microbiology, bacterial diversity, and diagnostic and applied microbiology. In 1988 Mike was selected as the Outstanding Teacher in the College of Science and in 1993, the Outstanding Researcher. In 2001 he received the SIUC Outstanding Scholar Award. In 2003 he received the Carski Award for Distinguished Undergraduate Teaching from the American Society for Microbiology. Mike’s research is focused on bacteria that inhabit extreme environments, and for the past 12 years he has studied the microbiology of permanently ice-covered lakes in the McMurdo Dry Valleys, Antarctica. Simpleocr Serial Key on this page. In addition to his research papers, he has edited a major treatise on phototrophic bacteria and served for over a decade as chief editor of the journal Archives of Microbiology.

He currently serves on the editorial board of Environmental Microbiology. Mike’s nonscientific interests include forestry, reading, and caring for his dogs and horses. He lives beside a peaceful and quiet lake with his wife, Nancy, five shelter dogs (Gaino, Snuffy, Pepto, Peanut, and Merry), and four horses (Springer, Feivel, Gwen, and Festus).

Martinko received his B.S. In Biology from Cleveland State University. He then worked at Case Western Reserve University, conducting research on the serology and epidemiology of Streptococcus pyogenes.

His doctoral work at the State University of New York at Buffalo investigated antibody specificity and antibody idiotypes. As a postdoctoral fellow, he worked at Albert Einstein College of Medicine in New York on the structure of major histocompatibility complex proteins. Since 1981, he has been in the Department of Microbiology at Southern Illinois University Carbondale where he was Associate Professor and Chair, and Director of the Molecular Biology, Microbiology, and Biochemistry Graduate Program. He retired in 2009, but remains active in the department as a researcher and teacher. His research investigates structural changes in major histocompatibility proteins. He teaches an advanced course in immunology and presents immunology and host defense lectures to medical students.

He also chairs the Institutional Animal Care and Use Committee at SIUC. He has been active in educational outreach programs for pre-university students and teachers. For his educational efforts, he won the 2007 SIUC Outstanding Teaching Award. He is also an avid golfer and cyclist. John lives in Carbondale with his wife Judy, a high school science teacher. Stahl received his B.S.

Degree in Microbiology from the University of Washington, Seattle, later completing graduate studies in microbial phylogeny and evolution with Carl Woese in the Department of Microbiology at the University of Illinois, Champaign-Urbana. Subsequent work as a postdoctoral fellow with Norman Pace, then at the National Jewish Hospital in Colorado, focused on early applications of 16S rRNA-based sequence analysis to the study of natural microbial communities. In 1984 Dave joined the faculty at the University of Illinois, Champaign-Urbana, holding appointments in Veterinary Medicine, Microbiology, and Civil Engineering. In 1994 he moved to the Department of Civil Engineering at Northwestern University, and in 2000 returned to his alma mater, the University of Washington, Seattle, as a professor in the Departments of Civil and Environmental Engineering and Microbiology. Dave is known for his work in microbial evolution, ecology, and systematics–receiving the 1999 Bergey Award and the 2006 Procter & Gamble Award in Applied and Environmental Microbiology from the ASM. His main research interests are the biogeochemistry of nitrogen and sulfur compounds and the microbial communities that sustain these nutrient cycles. His laboratory was first to culture ammonia-oxidizing Archaea, a group now believed to be the main mediators of this key process in the nitrogen cycle.

He has taught several courses in environmental microbiology, is one of the co-founding editors of the journal Environmental Microbiology, and has served on many advisory committees. Outside teaching and the lab, Dave enjoys hiking, bicycling, spending time with family, reading a good science fiction book, and, with his wife Lin, renovating an old farmhouse on Bainbridge Island, Washington. Clark grew up in Croydon, a London suburb. He won a scholarship to Christ’s College, Cambridge, where he received his B.A. Degree in Natural Sciences in 1973. In 1977 he received his Ph.D.

From Bristol University, Department of Bacteriology, for work on the effect of cell envelope composition on the entry of antibiotics into Escherichia coli. He then left England on a postdoctoral studying the genetics of lipid metabolism in the laboratory of John Cronan at Yale University. A year later he moved with the same laboratory to the University of Illinois at Urbana-Champaign. David joined the Department of Microbiology at Southern Illinois University Carbondale in 1981. His research has focused on the growth of bacteria by fermentation under anaerobic conditions. He has published numerous research papers and graduated over 20 Masters and Doctoral students.

In 1989 he won the SIUC College of Science Outstanding Researcher Award. In 1991 he was the Royal Society Guest Research Fellow at the Department of Molecular Biology and Biotechnology, Sheffield University, England. In addition to Brock Biology of Microorganisms, David is the author of four other science books: Molecular Biology Made Simple and Fun, now in its fourth edition; Molecular Biology: Understanding the Genetic Revolution; Biotechnology: Applying the Genetic Revolution; and Germs, Genes, & Civilization: How Epidemics Shaped Who We Are Today. David is unmarried and lives with two cats, Little George, who is orange and very nosey, and Mr. Ralph, who is mostly black and eats cardboard.